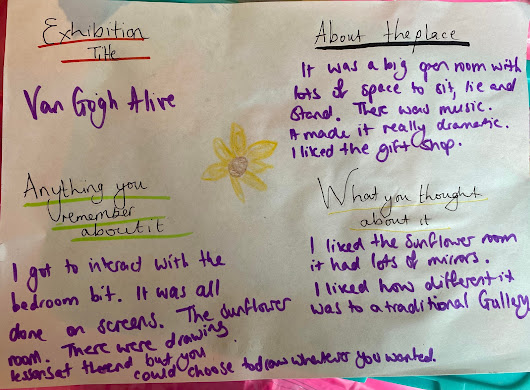 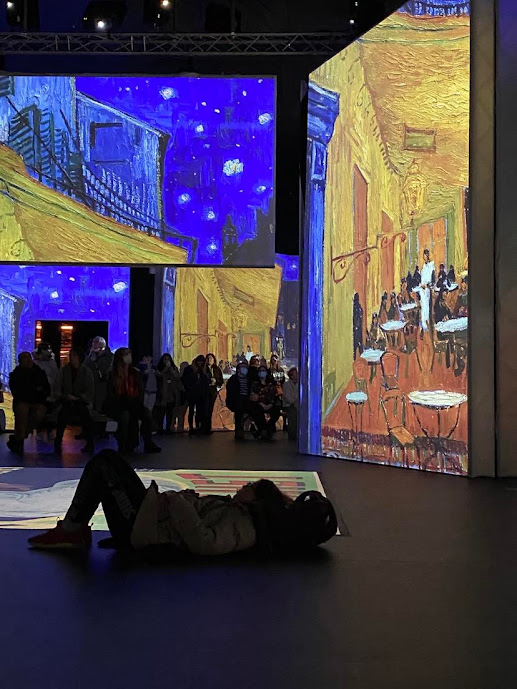 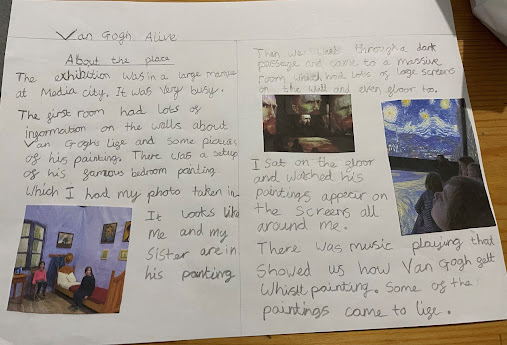 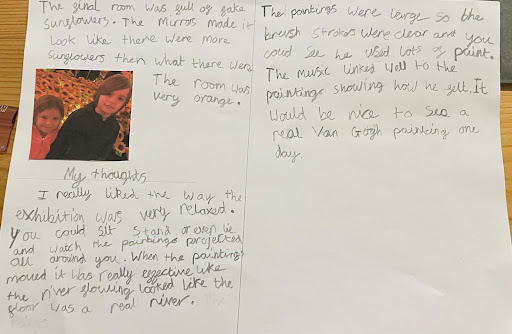 Imogen went to see "Threads Through Creation" by Jacqui Parkinson. We recorded her review via zoom. If you want to find more info on the exhibition and others at Chester Cathedral visit https://chestercathedral.com/event/threads-through-creation/2022-01-20/

My Review Of Van Gogh Alive by Cora Wallace 20th January. Van Gogh Alive is on a tour of the UK, having over 8.5 million visitors

“immersive, multi-sensory experience about the life and works of Vincent Van Gogh”.

There have been quite a few Van Gogh immersive experiences, the first of which took

place during the 2000s in Europe. Other artists have been featured in similar shows,

including Picasso and Monet, but Van Gogh's have been most successful, possibly due

created byAnnabelle Mauger, who built off a model her grandfather-in-lawcreated, called

"Image Totale". There have since been numerous similar exhibits including the

and the one I visited" Van Gogh Alive". The events received a lot of complaints over their

similar names that have led customers to accidentally purchase tickets to the wrong one! Despite going on a weekday, the event was extremely busy. Entering the building,

there was a loop-shaped room,directing one around the different events in Van Gogh’s life.

An issue with this was the room’s capacity for visitors, who were moving extremely slowly

around the display, probably through fault of the visitorsat the front, however this drew

attention to the management of this crowd. It would be safer and more convenient for the event

to take a certain amount of visitors at once, to prevent the huge overcrowding we experienced,

so visitors could enjoy the experience at their own pace. After a few minutes, we decided that going

through this room, as slow as it would take, would not be worth it as the displays weren’t really

visible over the other people looking at them. So we skipped the loop to a dark room that

sitting in front of, obscuring the bottom of the text) and another occasionally described the

artistic period being shown on the other screens. We entered the room towards the end of the

show, we realised this after the show ended and began to playfrom the start again.

It was sort of strange to see it at the end, showing the art towards the end of Van Gogh’s

life, and then start again to his early art to fill in the huge gap.

This could be solved again by the venue lettingvisitors enter in groups, so that they would

all see the showing from the beginning. The show was good quality and well presented, though a

little long and less interesting without the knowledge of his life missed from the earlier exhibit.

The show did seem to be more about the spectacle than the art, with the projections

not portraying the depth of the original pieces’ brush strokes, which are considered to be a key

element of his artistry. Despite the opinion of some critics, I enjoyed the creative licence taken with

Van Gogh’s works and would be happy to see more animation of his works, including the

integration of quotes into the art itself. This would perhaps set this experience apart from the

other immersive Van Gogh shows. I would not call the exhibit a multi-sensory experience as

described by the website, as the exhibits involved only sight and sound, the same sensory experience

found in any cinema.However they could have, as other Van Gogh experienceshave, used

fragrance as an immersive toolwith the paintings.

Overall, the exhibition was a slight disappointment, but one that was welcomed nevertheless.

My Review of Riverdance By Annabelle

I went to see Riverdance the 25th anniversary show on 10th November 2021.  I wasn’t born when Riverdance first became well known so I was seeing it for the first time. 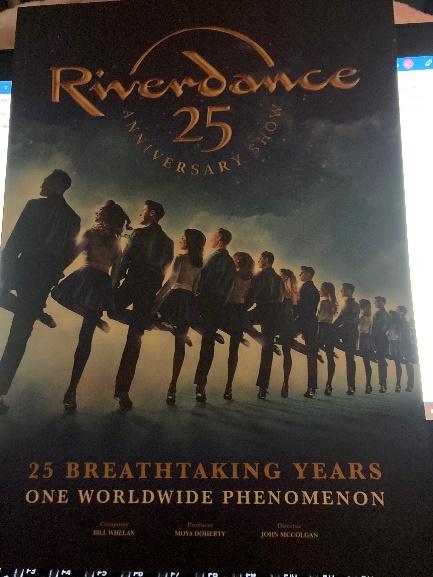 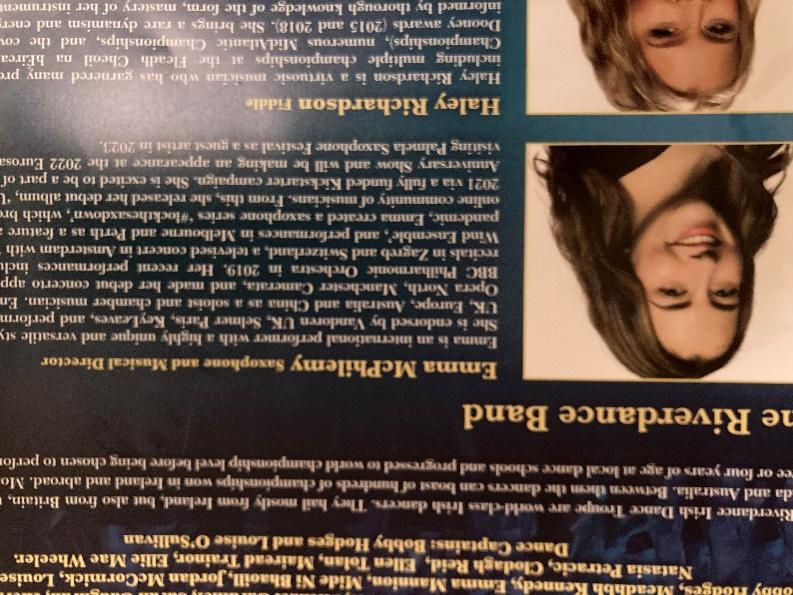 The performance was utterly amazing. I loved the celebration of different cultures. There were instruments that I had never seen before (Uilleann Pipes). The saxophonist Emma McPhilemy was very inspiring, so I have researched her and my Mum is following her on social media. The show program gives you an idea of where the cast studied and the steps they took to get to where they are now.

Beth Barlow
This site is designed and managed by group member Beth Barlow.